Eric is a best-selling author and former Trustee of City and Country School.

What have you done since graduation?
I attended Stuyvesant High School, where, in my junior year, I began producing records for a group of musicians whose lead singer was the younger brother of one of my classmates. Someone recently asked me how I had the guts to do such a thing at such an early age. Part of it is who I am, of course, but the other part is surely the self-confidence I learned to recognize and that was nurtured at C&C. I simply never thought about failure. I also never worried about how to do it; I asked people in the business and went from there. That's C&C thinking through and through. 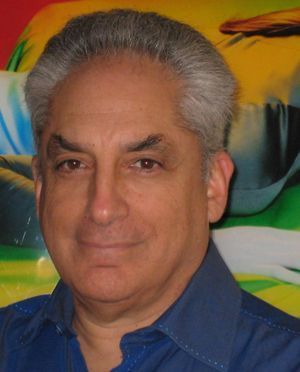 I got two New York City teaching licenses from Columbia College, taught in project Head Start for two summers and 3rd grade in Williamsburg, Brooklyn for three years before going into the music business full-time. I started at Cash Box Magazine, an industry weekly, and later worked at Elektra Records and then CBS Records.

I was the first American writer to predict, in print, Elton John's success and I then became good friends with him and his lyricist, Bernie Taupin. This culminated in my writing and field producing a segment on Elton--the first non-political profile--for NBC's Nightly News. 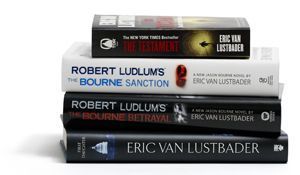 While at CBS, I began writing fantasy novels. They were sold to Doubleday. Their success led me to quit the music business and I begin to write professionally full-time. In 1980, I published The Ninja, which became an instant international best seller and spent 24 weeks on the N.Y. Times Best Seller list. To date, I've published over 25 best-selling novels, novellas and short stories, the latest beingLast Snow and The Bourne Objective.

What is your strongest memory of a learning experience at City and Country?
I remember with great detail and fondness studying the medieval manuscripts on a field trip to the Cloisters, then returning to C&C, making my own sheet of vellum and illuminating it in the medieval style we'd seen in colored ink and gold leaf. Nothing could have brought this fascinating period to life more vividly or memorably. To this day, the Cloisters is one of my favorite and most beloved places to go, and I cannot see an illuminated manuscript without recalling in mimetic detail the entire course of that year's study.

There isn't a day that goes by when I don't think of and thank my lucky stars that my schooling began at the best of all possible places: C&C.

How did your education at City and Country shape the way you look at the world and the role you playin it?
I learned never to be afraid of anything or anyone. I was never intimidated asking for what I wanted or in speaking with adults. I learned to have confidence in myself and to recognize both my talents and my shortcomings. It also became clear to me that I could do virtually anything I wanted if I put my mind to it.

Do you consider yourself an innovator? A problem solver? A good citizen?
Yes, all three. These are all qualities that C&C stressed without my ever realizing it when I was there. They simply became part of me through the nurturing atmosphere of the School and its wonderful teachers.

In what ways do you feel your education continues to this day?
C&C taught me to never stop learning. It taught me that part of the fun in life is both learning to do better and learning new things. In no other education institution I attended since was it possible to approach learning as being fun and exciting.

Have there been any interesting moments (big or small) in your adult life when you felt your time at City and Country affected a decision you made?
Absolutely. At C&C, I learned the best research comes from getting to the original source whenever possible. I took this to heart first when I had to research Japanese history and culture for The Ninja. Later, when I was writing my third novel, Black Heart -- which was about the effects of war on the Cambodians -- I found my way to someone at the Asia society who introduced me to a Cambodian refugee and his circle of friends. Rather than use history books, which can be -- and most often are -- biased by their authors’ views, I went right to the source. This was C&C learning made manifest.